Our organisations are haunted places. They swarm with ghosts. Maybe not ghosts in a conventional sense; but ghosts nevertheless. If you wait long enough, you may discern the ‘sense of a presence of those who are not physically there’. In offices, factories, call-centres, shops and salons,  we ‘constitute a place in large measure by the ghosts we sense inhabit and possess it’ (Bell, p.813). 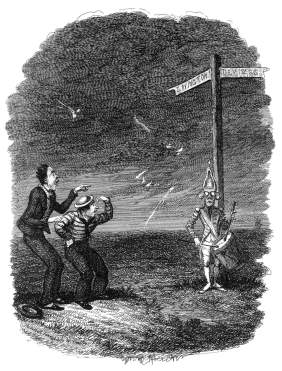 And, as we have intimated before, these ghosts are creatures of the liminal. For Derrida, they are this ‘non-object, this non-present present, this being-there of an absent or departed one’ (Orr, p.1055). Immaterial themselves, their power is to make the space around them immaterial too; their liminality infects.  They can ‘elide the distance between the actual and the imagined’ so that ‘frail and cherished distinctions collapse’ (Beer, quoted by Jackson, p.69).

Think of an upmarket City meeting room. Let’s call it room 148. For your guest, experiencing this space for the first time, it is like any other meeting room: neutral in its ubiquity.  Subdued colours, art work on the wall, maybe coffee and pastries arranged on the table. For you, however, the experience is different. It is enhanced, tinted (or maybe tainted?) by all the other meetings you have attended there. The spectral voices and faces of those you previously met haunt the room. These presences are many. The room is a palimpsest of recalled conversations, arguments, emotions and the tone of those meetings (productive, boring, confrontational) now begins to affect your mood.  You too are haunted.  The room, familiar, comfortable, known, is infiltrated by the uncanny – das Unheimlich – infusing it, albeit momentarily, with the unfamiliar, the strange, the alien.  You sense a ‘feeling of estrangement, of being not ‘at home’ in the world’ (Jackson, p.65).

Ghosts appear in other guises. At a business school I know, the portraits of past deans frequent a corridor. They are sombre, besuited, the ties and haircuts indicative of past decades.  I wonder to what extent this ‘picture book of the dead’ (Orr, p.1047) troubles the current dean. Do these ghosts – for that is what they are – act as vengeful revenants forever comparing the shortcomings of the present to the glories of the past; or are they more comforting spirits offering inspiration, wisdom and succour.

Such ghosts possess other objects too. A long time ago, I asked a colleague to identify an artefact that encapsulated our then organisation. After a pause, he spoke fondly of the chair that his former boss had left behind on retirement. Each time he saw it, he took strength from the memory of his mentor, guide and protector.  It had what Weber called the ‘charisma’ of the object’ and Walter Benjamin, ‘the aura of the original’ (Bell, p.817).  That chair was not just any chair; it contained a ‘kind of life’.

We also talk to our organisational dead. Think of the role models, those presences from the past that you turn to in times of uncertainty.  You ask what they would have done; how they would have reacted; what guidance from beyond can they proffer? In short, we are accustomed to communing with our role model spirits.

And where there are ghosts, there are ghost stories. I have heard many such narratives in every organisation I have known. Tales of role models, heroic (and tragic) leaders, tricksters and fools. This cast of ghosts is conjured again each time the story is told. They are never exorcised. And with each raising of the dead, we re-assess our current actions. We think and sense anew.  These ‘inheritances of the past haunt the relations and struggles of the present’ (Orr, p.1041).

In one of the most famous ghost stories, Henry James’s The Turn of the Screw, the ‘ghosts’ are only perceived within the liminal – the ‘tops of towers, the roof of houses, the outside of windows, the further edge of pools’ (Klapcsik, p.5). So look again at your organisation. Those corridors, meeting rooms, staircases and lifts – are they really what they seem? For if you look carefully enough, you might – beyond the posters, filing cabinets and workstations –  glimpse the symbolic equivalent of shorelines, the gibbet on the cross-roads, and the decaying mansion on the hill.