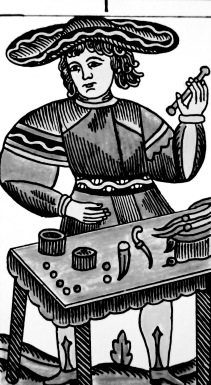 Once upon a time I heard a story.  It was a simple one told by a senior executive.  Speaking of his early days in the company, he recalled a managing director who was an anxious, nervous type.  Indeed, the restless and constant shuffling of his shoes against the carpet under his desk had “rubbed it through to the concrete beneath”. As a junior, our narrator told of his disquiet at having to deal with this important but challenging individual.  However, he spoke in admiration of the director’s secretary who faced with the injunction that every job was a crucial one requiring immediate attention would cheerfully file the offending paperwork at the bottom of a teetering pile.  It would then be dealt with at a time of her choosing – maybe weeks in the future.  Meanwhile, she would pacify the director with a soothing “of course, I’m doing it now” while sagely sequencing the outstanding tasks with a calm and unruffled efficiency.

I thought of this secretary when reading Gabriel’s account of the trickster (Gabriel, 2000: 77).  This archetype of mythology and folklore deals with challenges and problems with native cunning and wit.  From the tortoise outsmarting the hare to Jerry confounding a frustrated Tom to the black market wheeler dealer Private Walker in Dad’s Army.  All use their intelligence and native slyness to outfox the seemingly more talented, conventionally intelligent or more hierarchically important.  Here the secretary subtly subverts the power of the managing director – she is the one making the decisions as to what is important.  But she works, not through confrontation or rebellion, but through a sustained confidence trick: the director never knows he is being duped.

I’m sure we all know similar organisational tricksters who, as Kets de Vries observed (1990:758) can be seen as “both underdog and culture hero”.  They demonstrate that those in the margins or backwaters of organisational life can still thwart authority and assert their own independence and autonomy.  Through disobeying rules, ignoring what is expected and transgressing boundaries, they provide templates as to how we can similarly aspire to act.  They are, indeed, our heroes.

Elsewhere, Kets de Vries (2017) views the trickster as a “mythical embodiment of ambiguity, ambivalence, duplicity, contradiction and paradox.”  So is our trickster also a liminal character?  Both underdog yet hero; marginal yet central; administrative yet creative.  The trickster is literally a shapeshifter: both one and other.  And as Kets de Vries observes, as a figure of chaos, the trickster helps “promote new ideas, foster new experiences, new wisdoms and new insights.”  So maybe, in our VUCA world of volatility, uncertainty, complexity and ambiguity, we should celebrate out organisational tricksters.  Their cunning, intuition, sense of survival and bravery are maybe exactly the qualities needed to spark innovative thinking, unleash unexpected stratagems and rejuvenate the atrophy of accepted wisdom.  So celebrate your trickster stories for they, perhaps, may ensure and safeguard our future.