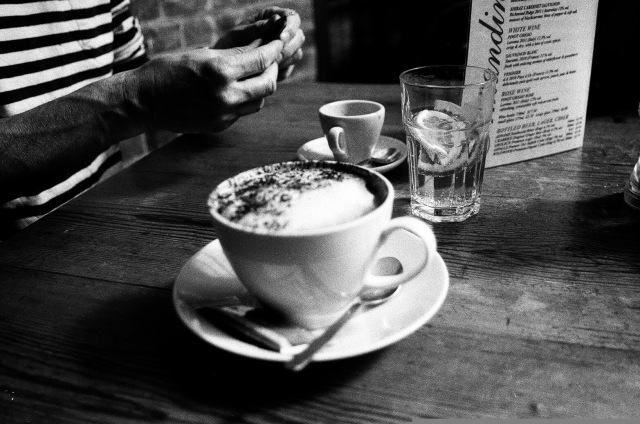 It’s time to return to an earlier post.  A KM colleague and friend gently steered me towards this excellent Radio 4 and World Service broadcast.  In 1687, in Tower Street, London a coffee shop opened.  Here the patrons could enjoy ‘fires, tea, coffee and sherbet’…and gossip.  And, boy, did these patrons like to talk about ships and their comings and goings: the tides, the ports, the captains, the cargoes.  Eventually, the proprietor, Edward Lloyd, started a newsletter – Lloyd’s List – to capture the knowledge circulating within Lloyds’s Coffee House and so an industry was born.

You could argue that Lloyd’s List was a classic example of how to take unstructured knowledge – the swirl of conversation that embraced facts, rumour, speculation and intuition – and make it explicit via a physical artefact.  But did those conversations then shrivel and wither in the face of this written competition?  I would wager (which was an integral activity within the 17th century coffee house) they intensified as the List was discussed, dissected and deconstructed.  I would also wager that stories were a vibrant thread through those conversations.  And those stories were rich with meaning  impossible to capture  in a simple journal.  It wasn’t just the words; it was also the performance: the gestures, the intonations, maybe the ushering into a quiet booth before the story was told, that would have helped convey the experience.  As Walter Benjamin, argued, experience is the “source from which all storytellers have drawn”.

There is something else about Lloyd’s Coffee House which interests me.  It was a space that combined the social (the partaking of tea, coffee and sherbet) with business.  This ambiguous space was re-visited by that most incisive of KM commentators, Chris Collison, in his mischievous post about the KM powers of coffee. He gives eight reasons for why coffee is KM’s most effective tool.  I would add a ninth.  It unlocks stories.  Just as the patrons of Lloyd’s Coffee House found the environment and the caffeine a stimulus to stories, so I have noticed something similar in our 21st century cafés.

Rather than take clients to a formal meeting room, I prefer to take them to our work café.  It immediately injects a curious dynamic to our conversation.  We are moved out of the purely business and formal to a more ambiguous environment.  And here the conversation becomes looser.  The influence of the social context encourages revelation and confidences.  Although, anecdotal, I also hear more stories as we sip our espressos, macchiatos or green teas, than I wager I would in the polished wood and hard-backed chairs of our ‘proper’ meeting spaces.  And that way, knowledge is conveyed.  Rich knowledge not just about the topic under discussion but about the personality, the motivations, the values, the beliefs, the fears, the frustrations, the ambitions of my fellow imbiber.

As Dr Feelgood, purveyor of so many truths once wisely observed, “Java Blue, when the coffee’s got me”.

One thought on “coffee”