Middenstead. The ‘place where a dunghill is formed’. This is the dust-heap, the rubbish pile, the flecked land of litter and waste. Here we find the discarded; the despoiled; the contaminated and the forgotten. These are spaces we shun or, more passively, we fail to see. They flicker at the margins of sight. For Shoard, the edgelands — the industrial, wasteland areas between town centre and country — are the ‘repositories for functions we prefer not to think about’ (Shoard, 2000).

And the liminal is a tainted land. Mary Douglas, in her analysis of societal attitudes towards dirt and pollution, observes how the blurred and contradictory are regarded as unclean (Douglas, 1966). There is a stain to that which cannot be categorised. This violation of boundaries disorientates and subverts. We crave clarity and the liminal resists our desires. And the result? Nausea, perhaps, disgust, revulsion.

In a fascinating study of filth, liminality and abjection in Charles Dickens’ Bleak House, Robert Lougy views the novel as ‘congested with slime’ (Lougy, 2002).  With relish he describe Krook’s spontaneous combustion as ‘extraordinarily slimy’. His body is rendered — literally — to ‘black fat’, ‘a thick, yellow liquor’ and a ‘stagnant, sickening oil’. And slime is, undoubtedly, a liminal substance. Neither liquid nor solid, it both flows and adheres. For Sartre, the slimy offers ‘a horrible image’. It is an ‘aberrant fluid’. A something in-between; a something that is a non-thing (Sartre, 1973).

And the rubbish of the middenstead is also betwixt and between. Materially, it disintegrates from what it was to what it will become. Bottle, can and bag —  all fade, splinter and decay. And, spatially too, the middenstead, this realm of the unwanted and the consumed, is consigned to the margins. As I walk the local lanes, the middenstead is all around me. In the hedges, on the verges, by the styles. For many this litter is shameful, a taint that must be removed. Diligent volunteers, tabarded in luminescent yellow, painstakingly and enthusiastically remove each polluted item from its lair.

Yet, is there perhaps not strange beauty and mystery here too? For there is agency in every can and wrapper discarded. And where there is agency, we sense causation, plot and narrative. Who was drinking from the bottle of Budweiser discarded half a mile from any road? What were they doing there? Were they alone? Why were they drinking: celebration, relaxation — or a forgetting? And, occasionally, these items seem not abandoned, renounced nor forsaken, but carefully offered. Placed with care and devotion — strange and curious gifts to Gods we will never know.

And the land is not indifferent to these votive goods. It embraces and covets. It envelops in greenery and growth, claiming each item as its own. For the land is jealous and guards what is given to it. It consumes what we discard. And who are we to deny what it desires. 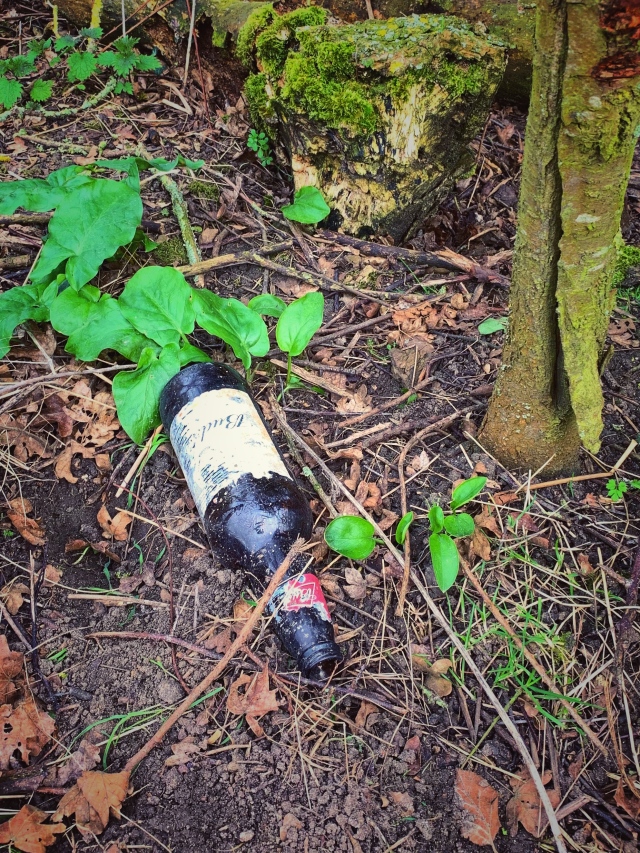 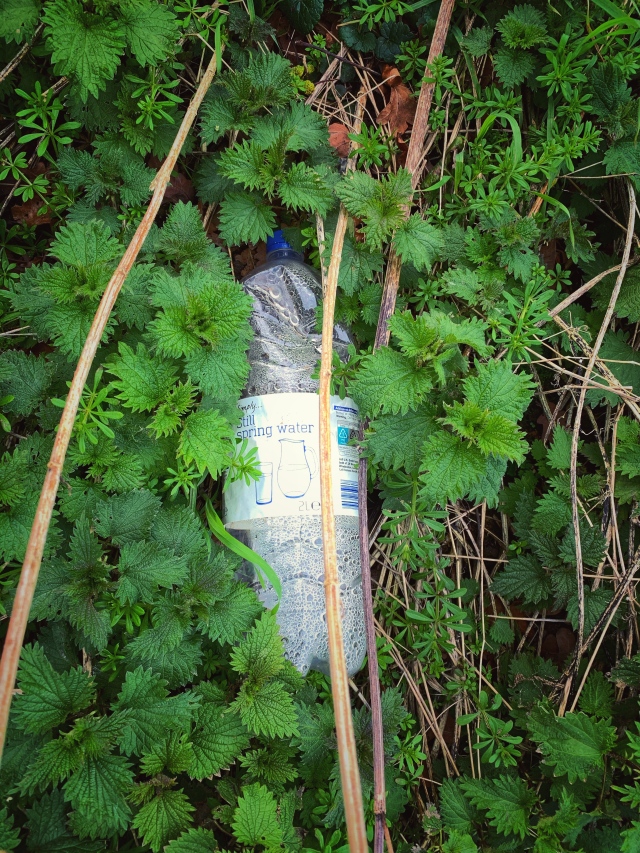 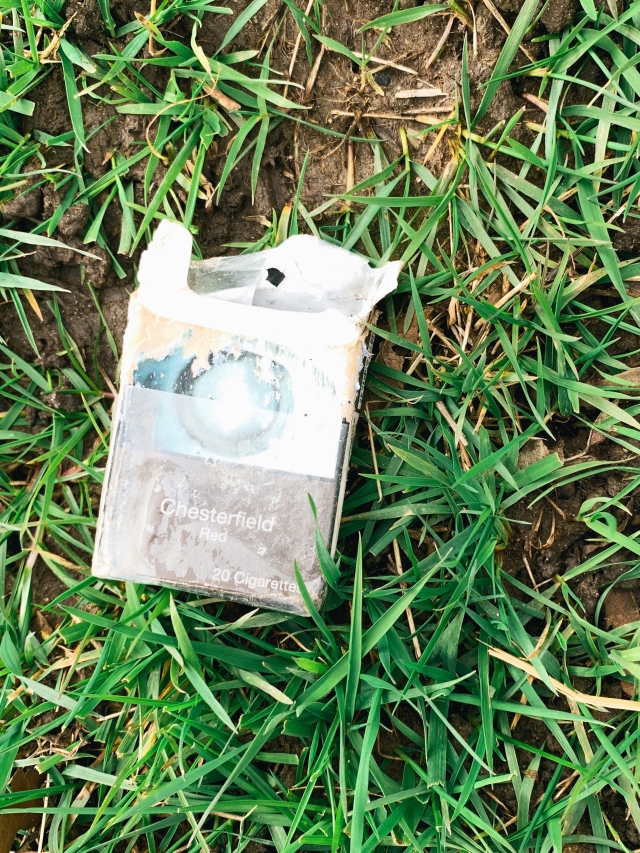 Douglas, M. (1966) Purity and danger: an analysis of concepts of pollution and taboo. Routledge.